Kerala Pregnant Elephant Death Kerala Forest Minister K Raju has appointed three teams to investigate the murder of a pregnant elephant in Palakkad. An accused has been arrested. 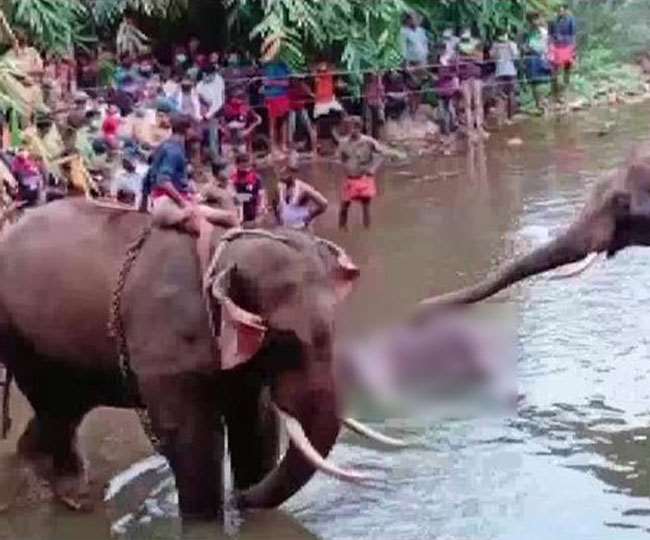 Thiruvananthapuram, ANI.  Kerala Pregnant Elephant Death, Kerala Forest Minister K Raju has appointed three teams to investigate the murder of a pregnant elephant in Palakkad.  Police is also investigating the case.  He said that strict action will be taken in this case so that such an incident does not happen again.  One accused has been arrested in the case of pregnant Hathini's death, while some others are being questioned in this regard.

This incident shook the country.  A pregnant elephant in Kerala's Silent Valley National Park was fed a pineapple filled with firecrackers by some.  Hathini's jaw was severely damaged due to the explosion in it while chewing pineapple.  Hathini was killed a week later on May 27 in the Velliyar river in Palakkad.  The post mortem report revealed that Hathini was pregnant.

The anger spread among the people as soon as the matter came to light.  Not only in Kerala, the convicts from every corner of the country voiced severe punishment.  The Kerala government has constituted a special investigation team of the forest department to investigate.  After the matter came to light, Kerala Forest Department tweeted that a case has been registered in the case of Hathini's death under the sections of the Wildlife Protection Act.  Several suspects are being questioned

When will the results of UP board examinations be released, know the important information...