During the lockdown period, the case of selling Peg's baby girl in Nalanda has also come to light. Cases related to smuggling in lockdown are also coming up. 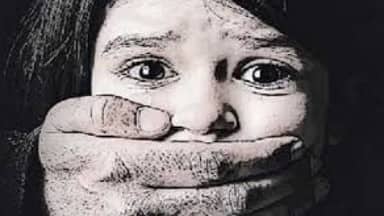 The apprehensions raised about the innocent are proving true.  Lockdown on the poor children of Jharkhand has broken into havoc.  The disappearance of children from villages has accelerated.  Between 1 March and 15 June, 116 children have gone missing from Jharkhand.  On average, one child went missing every day.  It is feared that these children have become easy victims of human traffickers during the lockdown.  The most dangerous thing is that 89 of these are girls.  Child officer activist, Ranchi Baidyanath Kumar said that on an average 20 children are going missing from the state every month.  Half of these children have no clue.  During the lockdown period, the case of selling Peg's baby girl in Nalanda has also come to light.  Cases related to smuggling in lockdown are also coming up.

Significantly, in recent times, the National Child Protection Commission had expressed apprehension that under the circumstances that emerged from the lockdown, girls could be trafficked for labor as well as sex trade.  In such a situation, the possibility that children missing from the state can be smuggled and sold to outside states.  Surprisingly, all the traffic movements were closed during the lockdown.  Despite this, such a large number of children have disappeared from their villages.

No clue of 148 children who disappeared last year: In 2019, clues of 148 children who went missing from different parts of the state have not been found.  According to government data, a case of disappearance or kidnapping of 201 boys and 176 girls was registered last year.  Thus, a total of 377 children were reported missing.  But the police recovered a total of 229 children, including 126 boys and 123 girls.  But clues of 148 children were not found last year.  Police have not found clues of 19 children from Hazaribagh, 17 from Deoghar, 16 from Dhanbad, 15 from Lohardaga, 9 from Ranchi.  A complaint of missing 11 children was also registered in Rail Jamshedpur last year, but not a single child was recovered.

Action so far in trafficking cases: Girls missing from the state are sold on a large scale through a placement agency in the metros.  But between 2015 and 2019, there have been major actions related to trafficking.  From 2015 to 2019, 490 cases of trafficking have been registered in anti-human trafficking unit police stations.  During this time, 716 people including 131 men and 585 women were rescued.  At the same time, police has arrested a total of 539 traffickers, including 139 female traffickers, in five years.