The locals were moved by the plight of the two girls and they along with some government officials started donating money to support their future. 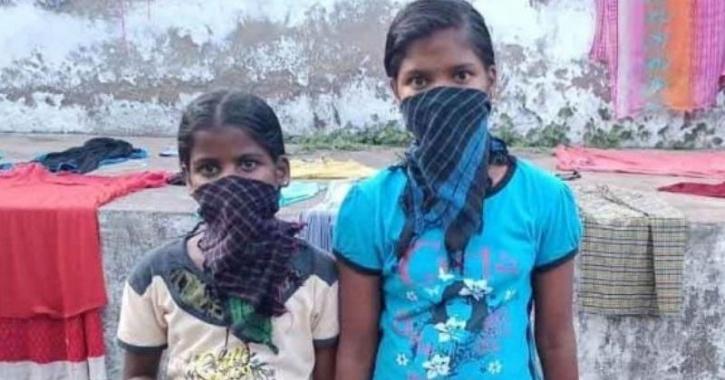 Two girls in Andhra Pradesh were rendered orphans after their parents died in a span of three months. 14-year-old Konchada Swati and her 12-year-old sister Pallavi, of Naupada village in Santabommali mandal, lost their father just three months after their mother’s demise.

Their grandparents on either mother or the father's side are not alive either. The girls did not have much to go on but people in Andhra Pradesh came forward in significant numbers to help.

Konchada Yugandhar and his wife Usharani ran a tea stall at Naupada and had two daughters. Usharani died of cardiac arrest, three months ago, reports TNIE. With her demise, Yugandhar was very saddened and emotionally hit. However, he still worked as a daily wager to take care of two daughters. He then fell ill and was bed-ridden for a month. But he died last week, leaving two orphan daughters behind. His last rites were carried out by the villagers.

Swati is a class 9 student and Pallavi studies in class 7 at the government high school in the village. The locals were moved by the plight of the two girls and they along with some government officials started donating money to support their future. Their story was also shared on social media to get attention of more people who might want to help the young girls who have their entire lives ahead of them.

On April 26, Usharani died of cardiac arrest and exactly after three months Yugandhar died. We will open a bank account in the name of the girls to deposit the money,” TNIE quoted Seerapu Ravi Kumar Reddy, head of Naupada as saying.

AgTech Assisting Farmers of the Future

During the lockdown period, the case of selling Peg's baby girl in Nalanda has also...

Jasleen Bhalla has also served as a sports journalist on Sports Channel. Jasleen...